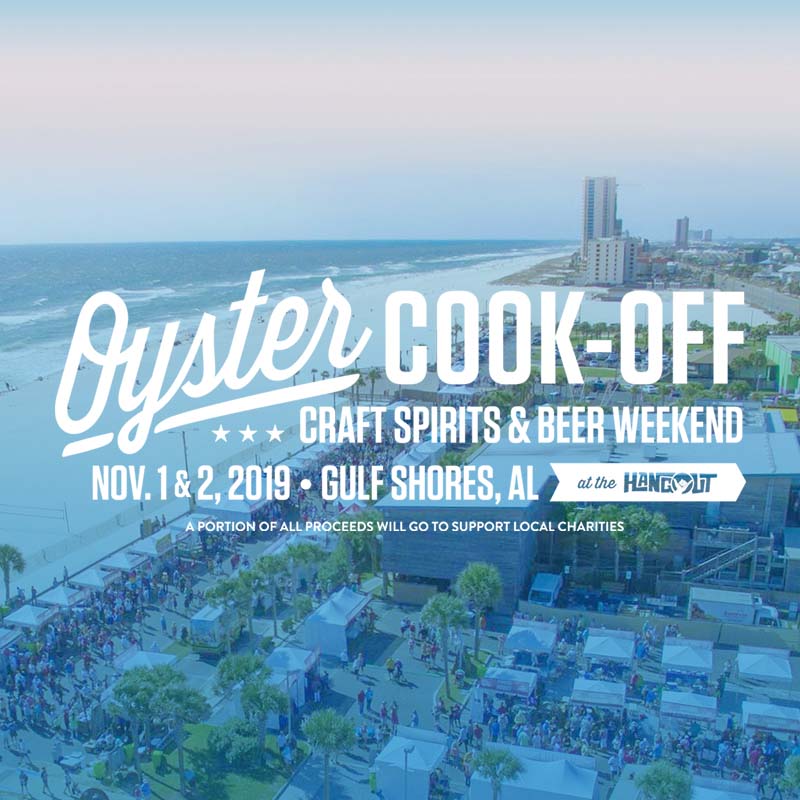 The Hangout Oyster Cook-Off is a two-day (separately ticketed) Food & Drink Festival in Gulf Shores, Al on November 1st and 2nd. Culinary Teams, Food Stars, & Top-rated Restaurants gather together to compete for title awards- and you get to taste every dish they make. Live music pours over the beaches of Gulf Shores and speciality food & drink vendors come together to bring you the ultimate food festival experience!

On the Friday 1st’s Kick-Off Party, you will sample some of the rarest spirits to reach the Gulf Coast. Bourbons like Pappy Van Winkle will be paired with high-end barbecue, prepared by some of the hottest pitmasters in the U.S. Rums like Matusalem will be paired with Caribbean cuisine, and Mexican food will be paired with boutique tequilas including Avion 44. Not to mention, you will tour our Craft Beer village featuring All-American gourmet grilled food with the best burgers and hotdogs on the beach.

On Saturday 2nd’s Cook-Off, you will know the official festivities have begun by the aromas of delicious food pouring through the air. Cherished musical acts play in the background, as you sample dishes, visit live cooking demonstrations, meet & greet at book signings, relax in our champagne lounge and watch the competitors go head-to-head.

Each event requires its own ticket. A Weekend VIP Pass is good for both events is also available.

More information can be found at www.hangoutcookoff.com

What are you waiting for?

When was the last time you visited a food festival on the Gulf Coast that didn’t consist of carnival food and over-crowded beaches? We’re brining top quality chefs, delicious meals, and a decadent weekend full of oysters, seafood and classic drinks,